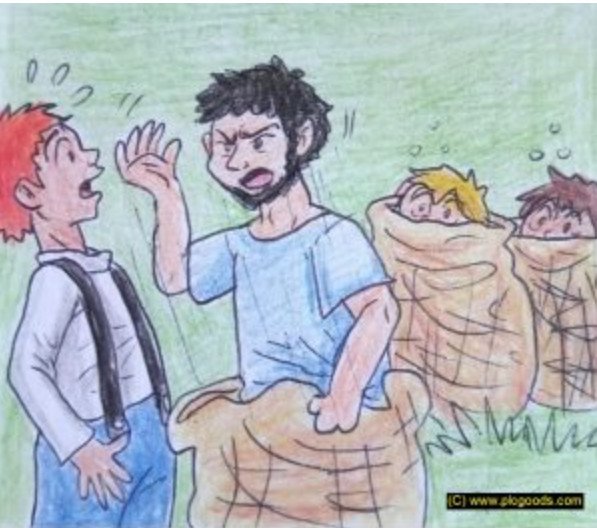 Three thieves go to a home to steal. The owner wakes up, and each one hid in a gunny sack.

The owner of the house kicked the first gunny sack and heard the sound of dried bread from the sack.

He kicked the second, which made the sound of walnuts.