HomeAll postsBlogA beggar and the change of the strategy 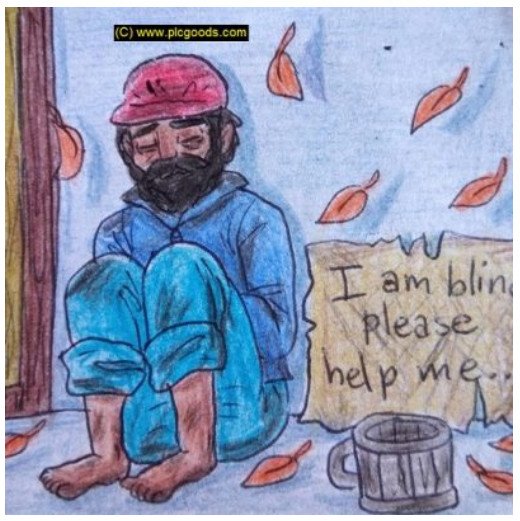 Once upon a time, a beggar was begging, with a small sign beside him that read “I’m blind, please help me.”

Passers were bypassing him but rarely some of them stood and threw a coin in the small container that was placed next to the sign.

One day, when one of the passers-by was passing by the beggar, he threw a coin inside the dish and went on, but after walking a few steps away from the beggar, he realized that although the beggar was most likely there for many hours, there was not that many coins dropped in the little container which was placed beside the sign. So, the passerby turned around, picked up the beggar’s sign, and in the backside of the sign, he wrote: “The spring has come, but because I am blind, I will not see it!”. Then he placed the sign in its original place and walked away.

In the evening of the same day, when the same passers-by were going home he glanced at the container of the poor man sitting along the same passageway he was walking along with it and he noticed that a large number of coins had been dumped into the poor man’s container.

The passer-by said, “I did not write anything specifically, I only re-wrote what you had written there already in a little different way”. And then he walked away and disappeared among the other people.

The moral of this story:

When an application of your current strategy is not working, change it, and try again!

Tags: A beggar and the change of the strategy, The moral of this story, When an application of your current strategy is not working change it and try again