HomeAll postsTutorialsAnalog and Digital CircuitsWhat is a difference between Analog Circuit...

What is a difference between Analog Circuit and Digital Circuit 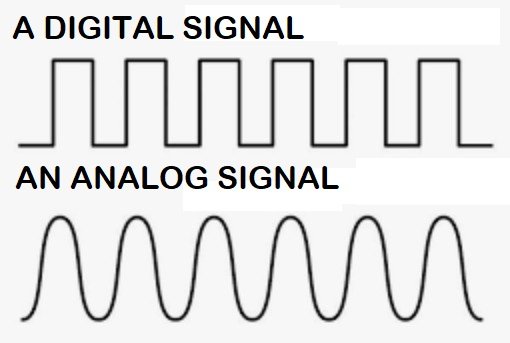 Real-world objects can display data, gather inputs by either analog or digital means. Clocks, multimeters, and joysticks can all take either form (analog above, digital below). Working with electronics means dealing with both analog and digital signals, inputs, and outputs. The Analog electronic circuit includes an analog signal with any continuously changeable signal. While working on an analog signal, an analog circuit alters the signal in some manner. An Analog circuit can be used to convert the original signal into some other format such as a digital signal. Analog circuits may also modify signals in inadvertent ways like adding noise or distortion. Analog circuits are classified into two types, namely active analog circuits and passive analog circuits.  An analog circuit uses an electrical power source to get the goals of a designer while Passive circuits use no external electrical power. Digital Circuit
A digital circuit is a circuit where the signal should be one of two discrete levels. Each level is interpreted as one of two different states (for instance, 0 or 1). These circuits built with transistors to make logic gates in order to execute a Boolean logic operation. This logic is the base of digital electronics & computer processing. Digital circuits are less vulnerable to degradation in excellence than analog circuits. It is also simpler to execute error detection and rectification with digital signals. To make the routine process of designing these circuits, designers use EDA (electronic design automation) tools, a kind of software that develops the logic in a digital circuit.