The value of freedom 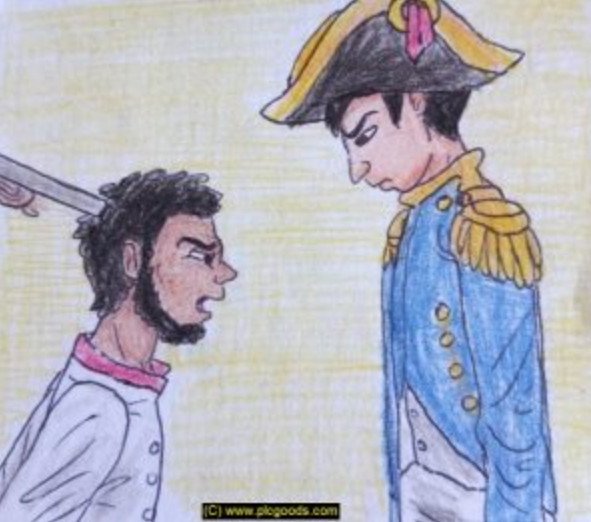 The value of freedom

The shepherd replied, “he was scaring my sheep with his wars!!!”

After Muhammad Karim’s resistance to the French in Egypt and his defeat, Napoleon decided to execute him but before ordering Mohammad Karim to be executed, he told him “It is hard for me to execute someone who fights for freedom in his home. I give you an opportunity to give me ten thousand coins for the compensation of the soldiers who were killed”.

Mohammad Karim said: I do not have this much money on me now, but I can borrow all this money from the city’s businessmen and I would bring it to you when I returned.

Mohammad Karim was walked through the markets while his arms and legs were being chained and he was pleading with some businessmen to lend him some money but none of the businessmen were willing to pay for his release. Even some creditors said that he unorganized the state’s economy with his frequent wars against the French and he was returned to Napoleon’s court empty-handed!!

Napoleon told him “I have no choice but to execute you, not because you killed my soldiers, but because you are fighting for people who love their money before to their country’s freedom”

“A wise man who endeavors for a foolish society is like someone who burns himself to provide light for blinded people!!”

Tags: A wise man who endeavors for a foolish society is like a someone who burns himself to provide light for blinded people, Ernesto Che Guevara, he told him, I have no choice but to execute you, Mohammad Karim, Napoleon, Napoleon decided to execute him but before ordering Mohammad Karim to be executed, not because you killed my soldiers, Sheikh Mohammed Rashid, The value of freedom