HomeAll postsBlogAll about economicsThe creation of currency in the united states 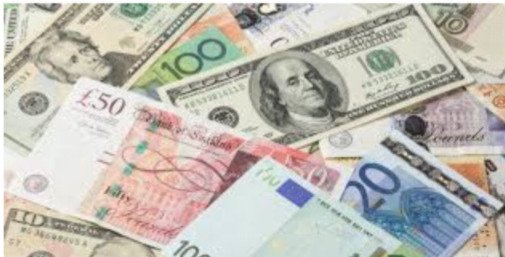 In this article, we will investigate how the modern banking system can create currency much faster than trees can grow. To get to know how this money creating system works, we need to investigate the US monetary system. Every other modern society creates currency much the same way and since the U.S dollar is the majority of the world’s currency; we are going to use the United States monetary system as our example.

So any time that some lawmakers or any presidential candidate say vote for me and we will make sure the government provides people more free stuff than their opponents, we know that there are no such things as supposedly free stuff. Usually, the politicians vote for the country to spend more than its income which is called deficit spending.

How are all of these currencies generated?

The Treasury borrows currency by issuing a bond (which is a gloried I.O.U which is actually our national debt) which are to be paid back by you and I and our descendants through future taxation. Treasury then holds a bond auction and the world’s largest banks show up and compete to buy the bonds (part of our national debt).

The Treasury sells bonds to the banks and banks get to sell some of those bonds to the Federal Reserve at a profit. To pay and buy the bonds, the Fed then hands those cheques to the banks at this point currency springs into existence. Truckloads of currency (paper money) are printed and sent to the banks. The banks take that currency and buy more bonds at the next Treasury auction. This process repeats and repeats over and over again enriching the banks and indebting the public by raising the national debt. According to usgovernmentdebt.us at the end of FY 2018 the gross our federal government debt is estimated to be $21.48 trillion according to the FY19 Federal Budget. The end result is that there is a buildup of bonds at the Fed and currency at the Treasury.

The Treasury then deposits the newly created currency (in the form of numbers in Banks computers) into the various branches of the government to do some deficit spending on public works, social programs, and war. The government employees contractors and soldiers deposit their pay into the banks and then get to step 4.

Banks increase the amount of this electronic money through the fractional reserve lending system to invent even more I.O.Us. As a simple example, If Bank A lends to Bank B, Bank A gets to claim that it owed money as an asset on its books as does Bank B because it actually has the money or its electronic equivalent. So, for example, if you have 100 dollars, and you loan your buddy 50 dollars, you can say you have 100 dollars in assets (the 50 you have and the 50 you are owed) and your buddy can say he has 50 dollars in assets. The total is now 150 dollars. Then your buddy lends 25 dollars to his mom. He can claim 50 dollars in assets (25 in hand and 25 owed) and his mom can claim she has 25 dollars. The total is now your 100, your buddy’s 50, and his mom’s 25 for a total of 175 dollars that everybody says they “have” from the original 100. Of course, it is really 100, but the key is that everybody is now acting (spending) like they have money and this drives the economy. If your buddy and his mom would have waited until they actually had un-borrowed money to spend, the idea is that the economy would suffer from inactivity. So back to our previous discussion, banks multiply the numbers (electronic money) by magically inventing more I.O.Us through fractional reserve lending where they steal a portion of everyone’s deposit and lend it out. Therefore, that currency gets redeposited over and over-magnifying the currency supply exponentially.

We pay tax to the internal revenue service (IRS) who then turns out the taxed amount to the treasury to pay the principal plus the interest on bonds that were issued by the Federal Reserve.

Then comes to debt ceiling (debt limit) delusion, where the system is designed to require ever-increasing levels of debt which will eventually collapse. The debt ceiling is the maximum amount of monies the United States can borrow by issuing bonds. The debt ceiling was created under the Second Liberty Bond Act of 1917 and is also known as the “debt limit” or “statutory debt limit.” The current debt ceiling is $20.46 trillion (2018).

The world’s largest banks own Federal Reserve. Therefore, those banks make a profit selling our national debt to the Fed, and they make a profit when Fed pays banks interest on the reserves held at the Fed and also pay them a 6% dividend on their ownership.

Difference between Money and Currency

Currency does not have a consistent value. Currency is used as a physical representation of value that changes over time and varies from one country to the next.  Money is at its most basic, a medium of exchange, and a store of value. The base currency is the currency against which exchange rates are generally quoted in a given country.

The duties of the IRS include providing tax assistance to taxpayers and pursuing and resolving instances of erroneous or fraudulent tax filings.  IRS started from the time that the government started to borrow a huge amount of money from FED and therefore IRS was established to pay back the interest on the money that the government borrows from the FED. The Treasury would pay the principal summed up with the interest to the FED. There was no need to pay tax before the establishment of the FED. Debt ceiling

A deficit is how much you overspend in a given year.

Debt is the total amount, the cumulative amount, of debt you have gotten over many years.
The United States debt ceiling (debt limit) is a legislative limit on the amount of national debt that can be incurred by the US Treasury, thus limiting how much money the federal government may borrow.  In the fractional-reserve, debt-based system, they can be deadly. The accumulated interest money is generally added to the savings rather than spent, compounding the interest and drawing more money from the system. The debt ceiling is the legal limit on the total amount of federal debt that the government can accumulate. The limit applies to almost all federal debt, including the debt held by the public and debt that the government owes itself as a result of borrowing from various government accounts, like the Social Security and Medicare trust funds. As a result, the debt is subject to limit increases both as a result of annual budget deficits financed by borrowing from the public and from trust fund surpluses.

let’s say country A spends, in a given year, $10. But it’s only bringing in $6 in tax revenue. So country A in this year, where it spends $10, even though it only has $6 to spend, it has a $4 deficit. And you might say, well, how does country A can spend more money than it brings in? How can it actually continue to spend this much? Where will it get the $4 from?  The answer is, it will borrow that $4. Country A will borrow it. And so the debt, maybe going into this year, the country already had some debt. Maybe it already had $100 of debt. And so in this situation, it would have to borrow another $4 of debt. And so exciting this year, it would have $104 of debt. If country A runs the same $4 deficit the year after this, then the debt will increase to $108. If country A runs another $4 deficit then the debt will increase to $112. So by definition, The debt limit is the total amount of money that the United States government is authorized to borrow to meet its existing legal obligations, including Social Security and Medicare benefits, military salaries, interest on the national debt, tax refunds, and other payments. Source: From The Statistics Portal (provided by https://www.statista.com)

This graph shows the outstanding public debt of the United States of America from 1990 to 2017. In September 2017, the national debt had risen up to 20.24 trillion U.S. dollars.

The founding fathers of the USA fought to free themselves from the disadvantages of the Debt-based monetary system.

To protect the future generation from the Debt-based monetary system they wrote into the constitution that “only gold and silver can be money for the simple fact that you can’t print them”.

Every Federal Reserve has some Stockholders who represent a percentage of ownership. Who owns stock in the Federal Reserve is very confidential. Finally, Our Economy is much more fragile than many of us realize.