The amazing miracle of feeling self-confident 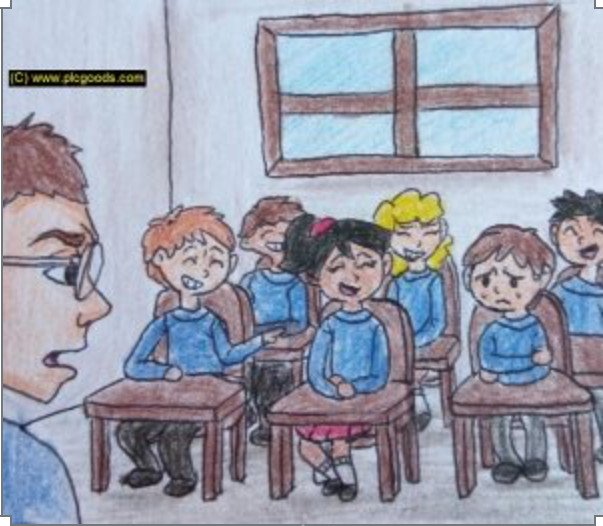 The amazing miracle of feeling self-confident

In the semester of the school year, the class teacher left the class for one month due to personal problems, and a new teacher temporarily replaced him. The new teacher began teaching and started to ask questions from a few of the pupils.

When a student made a mistake, the rest of the schoolchildren began to laugh and mock him.

The teacher realized that the student had a low IQ and low confidence, and was always mocked by his classmates.

The last call came, and when the students left the class, the teacher instructed the student and gave him a note with a poem written on it. He was then asked to memorize the poet and the poem. He was told not to tell anyone about this

On the second day, the teacher wrote the same bit of poetry on the board and quickly erased the poem, urging any child that learned the poem in that short time, to raise his hand.

None of the students were able to raise their hand except the same student who was scoffed by children.

The children were convinced that he had been able to keep the poetry in a short space of time. The scholar asked him to bow while the class cheered.

During this month, the new teacher repeated the same thing every day and urged the children to cheer him and give him praise.

At the same time, the classmates changed their minds toward the student. No one else mocked him. He also felt confident in himself; he felt that he was not the same student who was called  “dumb” by his former teacher.

Because of the confidence that the teacher had given to the child, he started to do his best to keep the feeling of being intelligent and worthwhile to the others. The student did not want to look indifferent and unimportant anymore like he had in the past.

That year, he passed those courses with very good grades. He was transferred to the higher classes. He finally sat the entrance exam and attended university. Eventually, receiving his doctorate in medicine and went on to become the founding father of liver transplantation.

This story has been written by Dr. Malek Hosseini in his book “Life” and to commemorate the teacher who changed his life for the better.

There are two types of humans: the first type is the ones who will do good in your life. They will take you by the hands and help you to reach your maximum potential. They make you feel valued. The second type of people is those who, when they see you falter or fail, leave you with a sense of worthlessness and bad luck.

Tags: Dr Malek Hosseini, leave you with a sense of worthlessness and bad luck, second type of people is those who, The amazing miracle of feeling self-confident, the founding father of liver transplantation, when they see you falter or fail