How to fix a yummy potato soup 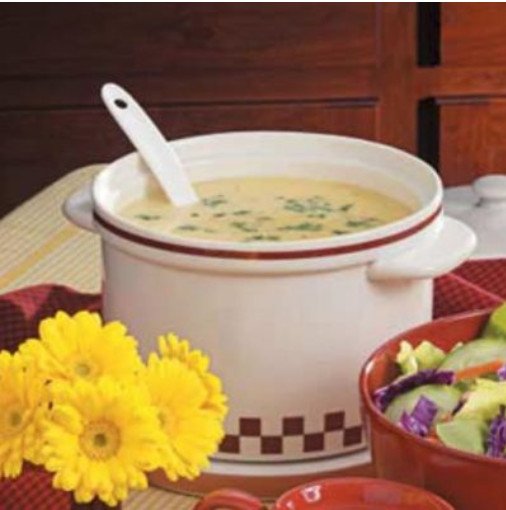 How to fix a yummy potato soup

2 regular or 1 large can Cream of Chicken Soup

In a medium saucepan add approximately ¼ cup margarine and bacon bits.  Sautee over med-high heat until bacon browns slightly and gets crispy  (If cooking soup in a large soup pot, bacon can be browned in this pot) remove from heat. If cooking in a slow cooker, pour browned bacon in a cooker, set at high temperature.

Turn the slow cooker to high, cover, and bring to a boil.  Stir occasionally. Cook until potatoes are almost cooked through, but not soft or mushy. Add 1 lb. Velveeta cheese to the pot in thick slices, stirring occasionally until the cheese melts.  Repeat with remaining cheese. As soon as the two pounds of cheese has melted completely, turn off heat, taste, and add salt and pepper if needed.  Add additional seasonings to taste.

Seasonings to try on future pots

You can also try: 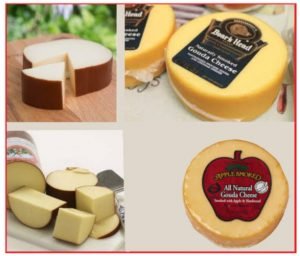 Instead of using only milk, use “Knorr brand CALDO CON SABOR DE POLLO/CHICK Flavor BOUILLON”.  Using the plastic jar of powdered bouillon; add more powder than called for, so the broth is extra rich-tasting, being careful that it doesn’t get too salty.  Make sure you keep out enough broth so you can add about 2-3 cups of milk. 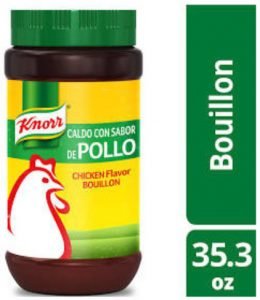