HomeAll postsTutorialsElectricity generation and safetyExperimenting with AC and DC voltages

Experimenting with AC and DC voltages 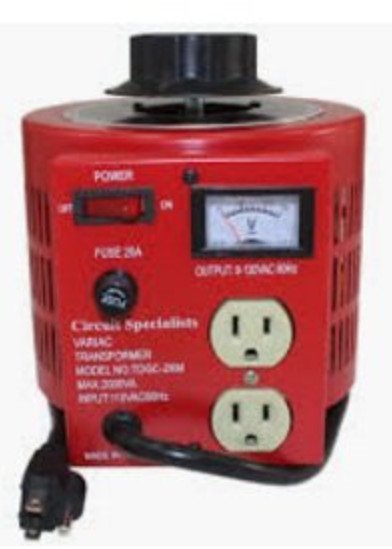 Posted June 14, 2019 by plcgoods in Electricity generation and safety, Tutorials 1358 0

Experimenting with AC and DC voltages

Electronics in any form can be dangerous sometimes mains AC voltage and even high enough DC voltage have the potential to kill you but the question is at which voltage value does it get dangerous?

So in this tutorial with the help of my variable transformer here, I will apply DC and AC voltages to my body to find a solution to this question.

Let’s take a closer look at the transformer the symbol on the front and closer inspection without the outer case shows us that this is an autotransformer in comparison to a regular transformer with two coils this one only has one but it still can create a variable AC voltage just fine by moving a viper along this coil. The only problem is that the input and output are not galvanically isolated. Figure 1 displays an autotransformer that was used in this experiment and Figure 2 shows its internal wiring schematic. 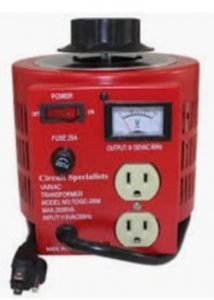 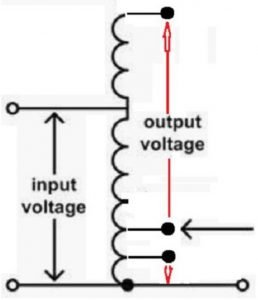 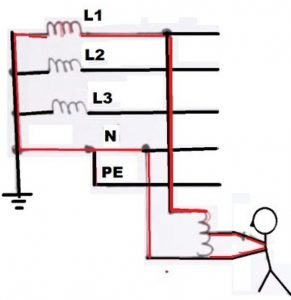 But in many instances, your own body can be connected to earth through a resistance which means an additional current can flow which has the potential to mess up the experiment. To test this, I simply connected a current meter in series to the live wire output, touched the other probe with my finger, and cranked up the voltage 80 volts, 90 volts, 100 volts, 120 volts, and as you can see my resistance to ground is just too big. There’s no current flowing and with that problem out of the way, I started the AC experiment by using a similar setup but also added two aluminum sheets which will act as contact points because the majority of electrical accidents happen by touching different voltage potentials with your hands.

Then I started the experiment and I can say that everything under 10 volts AC was not that painful to endure. Okay, 8 volts is around 3.2 milliamps and I can clearly feel it. It’s a really disgusting nasty feeling but everything above 10 volts can be quite dangerous. 14 volts that is around 6 milliamps and this is a bit dangerous because I am slowly losing control over my arm muscles and that is the biggest threat of AC voltages that you cannot move away from them because you have no control over your muscles and it can mess up your heart rhythm so don’t try this at home. But I am going up a bit more okay 17.7… 18 volts that’s around 7 milliamps.

I think I am going to go up to 20 volts but that’s really the end of the line. Okay, 20 volts Jesus so as you can see my hands are only floating above the aluminum plates 20 volts that’s it. With such a long application time, it is worth mentioning that everything above 10 milliamps can also be fatal.

Okay, let’s try DC. But in order to create a stable DC voltage, I firstly build myself a full bridge rectifier the BY164 turns the negative half of the AC side sine wave into a positive one. And with the help of a big high voltage capacitor, all the ripples at the output are gone which gives us the ability to create stable DC voltages up to 100 volts and beyond.

The setup is still the same as before only the rectifier was added in between the metal plates and the transformer output and the whole experiment was pretty painless but only below 40 volts. 20 volts and still nothing 30… yeah, so that’s around 10 milliamps flowing. Just a slight tingle really nothing else. Okay 40 volts I can feel a bit it’s around 16 milliamps but everything above the 40-volt mark was just plain torture. 45… really 40 to 50 volts I think that’s the limit at 50 volts that’s not pleasant to touch don’t try that.

Let’s go to 60 volts 50…50… 60 okay that’s the end. At 60 a really painful feeling. If you want to compare it in the end, Ac is much more terrible than DC just because of the frequency of 50 Hertz. And if I evaluate my measurements, we can clearly see that with the same voltage applied more current flows with AC.

The main reason behind that is the capacitive property of the skin which creates a complex impedance and we can also see that with higher voltages the body resistance drops which makes everything even worse. And with that being said let’s end this torture experiment.