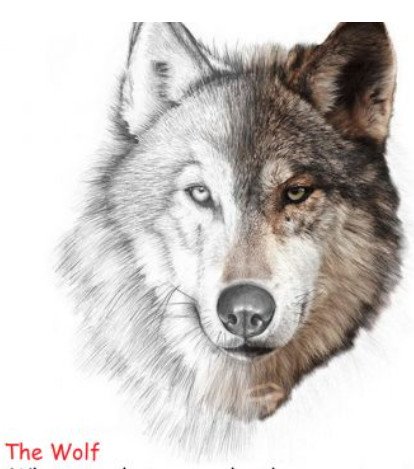 A Wise Man once said: There is a headstrong wolf hidden in the heart of every man
The arm’s might is not the solution for this wolf
Therefore, a huge battle goes on day and night between this wolf and man
Only the master of thought knows the solution
Many a time, a disheveled and afflicted man
Has severely rung his wolf’s neck
And at other times, the might of a renowned and courageous man
Has become captive in his wolf’s claws
He who lays his wolf to rest
Will gradually become Pure
And he who is defeated at every moment by his wolf
Though he might appear to be a man, is no more than a wolf himself
And he who allows his wolf to thrive within him
Will develop the wolf’s temper and traits
While young, take hold of your wolf’s soul
Alas! If this wolf grows old with you
In old age, even if you be as a lion
You will be helpless in the battle with the old wolf
When people tear each other apart
It is in fact their wolves that lead them to do so
When men are afflicted in such a manner
It proves that the wolves are in charge
And those oppressors who work together for ill
It is their wolves that are each other’s acquaintances
Wolves are companions in that way, and men but strangers
To whom should one share this strange condition of being a man? Fereydoon Moshiri (September 21, 1926 – October 24, 2000, aged 74 -Tehran, Iran)
was one of the prominent contemporary Persian poets who versified in both
modern and classic styles of the Persian poem.

Cultural representation of the wolf

The wolf is a common motif in the foundational mythologies and cosmologies of peoples throughout Eurasia and North America (corresponding to the historical extent of the habitat of the gray wolf). The obvious attribute of the wolf is its nature of a predator, and correspondingly it is strongly associated with danger and destruction, making it the symbol of the warrior on one hand, and that of the devil on the other. 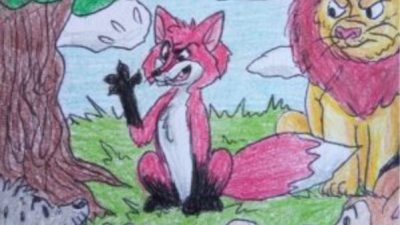 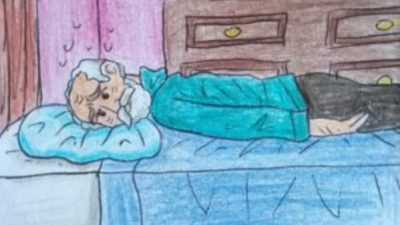